The Five Worst Movies You Have Ever Seen

43 replies to this topic

We went to see it at the theater, about 30-45 minutes in we were ready to leave. Kept hanging in there to watch it thinking it would get better, but it never did.

2) Space Mutiny.  However, I must admit that thanks to MST3K, it is now also one of the top 5 funniest movies of all time.

3) Some movie that Gene Hackman was in.  It was so bad I don't remember the name.  You know the one.  (And no, he wasn't playing Lex Luthor in it.... he was playing some kind of eavesdropping spy sort of guy.)

4) Star Trek: Nemesis.  I want to put "Picard" here but that's not a movie so Nemesis is taking this spot.

5) The terrible Fantastic Four movie that didn't have Chris Evans and Ioan Gryffyd in it.  I walked out of the theater.

Minister of the Vault (P&W)

1. Ghost rider, only movie that ever put me to sleep and i love nicolas cage

3. The emoji movie: drunk me couldn't even finish it, calming it needed stoned me

4. Justice League: i'm glad i got a free screening of it because even through i love DC i felt it was to rushed, even i had no know idea who was the big baddy and even through i loved man of steel it was a "everyone sucks without superman" plus i hated batman vs supermam cause of who they made lex luthor. I loved wonder women and i feel ben afflick was a good batman ( we needed a broken batman most batman movies show him in his prime/not dealing with loosing a robin) i feel dc needs to stick with individual heros. Also bring back ryan renyolds as green lantern with a better script/less cgi

5.cars 2. Worst pixar movie and one i have seen a hundred times 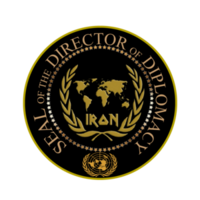 Not really in any order...and these are ones I’ve seen... if I get warnings from someone that’s already seen it or I just don’t think it’s worth trying to watch, I don’t even attempt.

Back to TV Shows, Series & Movies