501 replies to this topic

back to the game

what happened yesterday? the Kevin wagon formed very quickly during the last day


high chance there's at least one scum in this wagon


I switched my vote because I wasn't sold on the role call Kevin made. It felt scummy to me, and I wanted to make sure that a lunch ocurred and we weren't left with a mod kill. 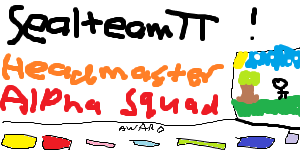 I dont believe Tonys assurance, that his list was random.
Pull 3 random names, say that one of them is a scum...and then 2 of those guys admitt that they indeed visit the same guy, who died last night. Whats more, number of people matches number of attacks I've seen

What are the odds for that?
Tony may have his reasons to hide information for now, but I dont buy the excuse.

And to reiterate, I saw MK being attacked twice. There were two aggresive actions against him.
I also dont believe LWWs words. He already lied to us on D2. Hes on the "random" Tonys list and unless someone else vouch for him my assumption is that he was involved.

In my eyes LWW is a scum, but TW is more likely to be an SK rather than mafia ( mafia would be less likely to risk good player, that is able to sway the crowd, to get caught red handed at night). Scum can be easily handled by Vig, but only way to reliably take out SK is to lynch him.
TW has also ignored my question to share his name.