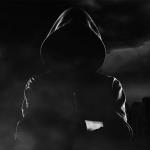 The IRON Charter & Rules of Engagement

No replies to this topic

The Nations of Orange united in their commitment to the Republic and encouraged with the will to renew
and strengthen their existing Union, in liberty and justice,
to serve peace inward and outward and to promote progress and growth,
have adopted this Charter.

The Independent Republic of Orange Nations is an aristocratic republic. As such it is established and guided by the principles of meritocracy.

(Sovereignty and the IRON Council)

The IRON Council-as-a-whole has absolute power over the affairs of the Republic, but may at any time and at its discretion delegate certain of these powers and responsibilities.

The IRON Council's decisions are made by an absolute majority vote, based on the one seat one vote principle. In case of a tie, the President of IRON casts the deciding vote.

Once appointed to the IRON Council, the individual Councillors serve the Republic indefinitely or until such time as they tender their resignation.

An IRON Councillor is accountable to the IRON Council-as-a-whole and can be removed forcefully by obtaining a majority vote from the body should the member be deemed to be under performing in his duties.

A nation that has applied to join the Republic, shall pledge its loyalty and devotion to the Republic and to the IRON Council by submitting the IRON Oath with its application.

Any member nation found to be in violation of this Charter, the IRON Oath, Rules of War, any other law of the Republic or the spirit inherent there-in shall be subject to punitive actions decided on by the IRON Council at its discretion.

Changes to the present Charter are subject to the review and at least a 2/3 majority approval of the IRON Council.

FULL TEXT OF THE IRON OATH

I vow to faithfully, honestly and honourably serve the reigning IRON Council and its legitimate successors and also to dedicate myself to them with all my strength, ready to sacrifice all, should it become necessary.

Furthermore I promise to my Commanding Officer and my other superiors respect, fidelity and obedience. This I swear!

I, RULER NAME of NATION NAME, swear I will observe faithfully, loyally and honourably the above IRON Oath. May the almighty Administrator and His gracious Moderators assist me!

Field Marshal of the Republic (FMR)

SECTION B: DEFENCE, SOVEREIGNTY
AND STANDARD OPERATING PROCEDURE IN CASE OF AN ATTACK ON A MEMBER NATION(S)

GENERAL WAR BETWEEN THE REPUBLIC AND ANOTHER ALLIANCE(S)

Third parties wars are wars where two or more alliances are involved in a war with each other, open conflict, masked conflict or not engaged in hostile conflict; this includes declarations of war; the use of sanctions; multiple 'rogues', or anything else that the IRON Council deems to be an act of war between alliances.

Violation(s) of IRON Rules of War may incur additional disciplinary measures or sanctions alongside those mentioned above at the discretion of the IRON Council should the Council decide that such a course of action is appropriate and necessary.

During ANY war, any Member Nation of the Republic discovered assisting the enemy in any form whatsoever or discovered undermining the stability and integrity of the Republic will be expelled from the alliance for treason and attacked as if the said Nation were the enemy.

There is, and always has been a need for a list of simple rules that are condensed into one place. From the new player to the old crusty council member, we all must follow these basic rules for the alliance to function.

2. Thou shall not recruit from within the Republic.
If this Republic is no longer for you, post in the resignation area. You may not ask your buddies to come with you and make a new alliance whether you are still a member or not.

3. Thou shall respect others race, sex, religion, color, creed or nationality.
The Republic is a very diverse group. Respect your IRON brother.

4. Thou shall honor the Republic, your Council, your Squad, your Nation and yourself.
Conduct yourselves in accordance with the the values of the Republic.

5. Thou shall honor your trades and tech commitments.
Its standard practice to give advance notice when cancelling trades.

6. Thou shall fight when called.
The Republic is one of if not the freest alliance on Bob, but without this we might as well not even be an alliance.

7. Thou shall not cheat.
The Republic does not cheat in any manner. Stay within the TOS of the game.

8. Thou shall not spy.
This works with information going both into and out of the Republic. The Republic will not use such tactics to win a war. We have many ways to catch you.

9. Thou shall uphold the IRON values.

Council has the final say and judgment on all rules and punishment.
Violation of these rules could range from an eye roll to ZI.
The rules may change at any time without notice.

Classified Intel on Empire of Imran:

The Empire of Imran Wars of Destruction Stats:

Back to Applications To Join IRON (Cyber Nations)