Could Use Some Thoughts & Prayers

34 replies to this topic

wishing you the best I hope you find her quickly.

TO: corbincake2 | FROM: THE LAST SPARTAN

She wouldn't have gone out herself with just the key of the car, leaving all her other keys in the house though (in a normal situation)... So it's very probably that she was indeed kidnapped or something I think.

If criminals wanted to break in the house, because the owners where on vacation, they had to take something I guess. Did any valuable items in the house dissapear?

Finding out where/if she worked will maybe clarify some things as well, like others have already indicated.

How scary. I would feel the same way.

Praying for you. There are alot of good ideas mentioned above.

Would it be helpful for you if some of us were able to help share the load by blowing up the social media accounts of the local news stations around you? Of course this would mean divulging some info here about her name, the location etc. Not sure if you want to do that, but I'd happily pitch in if it would be of help.

Others have said the car is key, and I think they're right. Is there any info that you feel comfortable giving out to us in general? Like make, model, color, and license plate state?

I understand if you don't, because there are a lot of people that can see this section of forum that you've never met, but there might be some members near by that can help keep an eye out.

No news/newpaper outlets have been called directly yet, but that will likely be a next step if something doesn't materialize in the next few hours.  Social media has been a big help so far.  It definitely helps out that both of our families all live nearby in and around the state that we know a lot of people from this area.  My wife and her family have made several FB posts asking to be shared.  My wife made up a flier this morning with a picture of her and her details (weight,height, eye color), car make and model and license number and made a post on FB with the flier.  So far the post my wife made a few hours ago already had 453 shares on FB.  The other ones made by her family members last evening combined probably had close to 1k shares, and a fellow worker of mine whose main family is hours from us has seen her postings being shared, so it's done well to spread thanks to people and social media.

A writer in a local newspaper was friends with someone who shared it and said they would look to put something in the paper about it.  The outreach to be honest has been more then I could expect.  Through this we've found several people who has family members part of the state/local police in that area.  I know cops have a million other things they are doing, but with friends of my wife's sister having family members in the police department, I have a good feeling this isn't going to fall between the cracks and will be continually worked on.  I have two uncles who are retired state troopers that have already asked for me to send information and they'd look to make sure it's looked at in my state (MD).

Today my wifes family is going around with fliers to places of work and state parks, as well as there's a bike racing event that is going to be going through that area, so they're looking to pass out filers to the cyclists to keep and eye out if they can.

I asked my wife about the house she was housesitting, if it was near any like gas stations or stores, or anywhere there might be cameras.  She said the house was in a rural area with not much around, and only a single neighbor that can actually see the house.  So likely no cameras of help, but might be worth looking at a few gas stations around the area if she maybe got gas in the past few days.  (hoping to see if any withdraws or charges has been made today if bank will give her parents anything).

It's not really "good" news, but her brothers maybe found a start.  Her one brother took her cell phone home, her other took her laptop home to look to go through and see if there is anything that could point to anything.  They found she had looked up parks/camping grounds on her phone, but no timestamp on when that was.  She's not the most in shape person, and my wife had said she was trying to start running and trying to lose some weight.  The thought right now is maybe she found a park to go hiking on running in, and maybe something happened, be it hurt or something else that she couldn't get back to her car, or got lost.  So they're driving through state parks and camping areas to see if they can find her car.

This is the scenario that fits best with all the other weird things (leaving phone/only taking car key), and looking to exercise.  Maybe she left to go hike or jog a trail and only planned to be gone for a few hours.  It would make sense that she would only take her car key and leave the rest there she didn't need, because who wants to go hiking or jogging with a chain full of keys, and could be a reason she left her cell phone at the house.  I still would think she would of just took her phone and left it in the car, but who knows.  Even if this is the case, it's still not good.  That would mean she would of been out in the woods for now 3 days, without food or water, and it's been the hottest and most humid week we've had this summer.

Not saying it's that, but it's at least another scenario we didn't think about yesterday.  Like I said, even if it is the case, it could end in a horrible situation being stranded for days out in the heat...but I hate constantly thinking some sicko could have her and could be doing who knows what with her or killed her.

I'll let her brothers know what you mentioned Death.  Her one brother is a computer engineer, and we have a friend as well who work with cyber security, so they may know of something like you mentioned as well to recover any lost or deleted things on the computer.

I'm stuck at work with this heat, but I had a little time to write this up.  Will keep you'll updated if there is any news.

Also I don't mind giving some information out to people who live fairly close to me, in private.  I live in MD, but she lived/housesititng in PA.

*sorry for any run on's, spelling errors etc, I typed this up quick while I had a break at work Shit Rhizo, sorry to hear about all this. My thoughts are with you and your family.

I'll update hopefully this evening. Have a few leads, hopefully video surveillance will give us more of a clue, but playing waiting game.

Dateline NBC has reached out to my wife. They want to add her Sister to their online "missing in America" series.

We're reaching out to news and papers to get her story out further. At this point, we believe the area where she could may be is many states away so hoping to get national attention.
But it's the good thing about Social Media. Dateline saw the posting spreading on FB and reached out, we didn't go to them. So word is spreading

I am praying for you and your family still, brother. Be with your wife and comfort her. Don't give up hope. Nuked 111 times in the name of IRON. Delivered 156 nukes on those stupid enough to oppose IRON.

<&Bay102174>The Warrior has been baptized in fire and blood and emerged as IRON.

So sorry tohear this. While I am not the most devout of people, me and my family will be praying fo her safe return. Gtay well Rhizo, and hope she's found soon 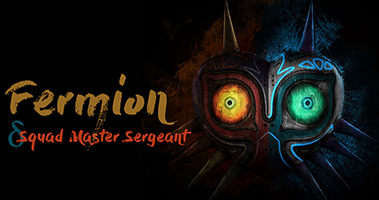 U had no mp no sdi no military wonder actually

I'm praying for you Rhizo.

Seeing as there are no updates I'm assuming the worst. :/ Oh Rhizo, I'm so sorry.

What happened in the end?

For continued dedication and tenacity, both as warriors and as military officers. Yehom has been fighting with both his own nation and one he's been sitting and has been effective. He has also been pounding the pavement as Commanding Officer making sure every enemy has been covered.

Yehom has been Baptized in Fire and Blood and Emerged as IRON!